When was Lebo Formed?

There is no easy answer to that question. Coal mining had become very popular in Osage County and the Arvonia Settlement (located north of Lebo today) by 1873. There were rumors that the railroad was going to build a railroad from Emporia to Kansas City. According to a 1932 article of “The Lebo Enterprise”, David L. Jones was an acquaintance of C.S. Beadle who was a civil engineer for the railroad. It was because of this acquaintance that Jones learned about the plans to construct a railroad in northern Coffey County that ran from Emporia to Kansas City. The railroad owned a section of land in northwest Coffey County and the railroad wanted to build a depot there also.

On April 17, 1883, David L. Jones purchased 80 acres of the norhtwest corner of Section 9, Township 19, Range 14 of California Township. The land that Mr. Jones purchased was east of the railroad land where the depot was going to be built. Mr. Jones wanted to start a new town and he knew the railroad would be a very important part of a town. By May 10, 1883, Mr. Jones and William M. Barr (who had helped Mr. Jones with the planning of the new townsite) had mapped the streets and alleys of the town. Buildings and homes were being built, businesses were starting, and the town of Lebo was growing. On February 11, 1884, the first train came through the town. The town of Lebo was thought to be a great town because it had a strong farming industry, livestock industry, coal mining industry, and the railroad. On October 16, 1886, the town of Lebo became a City of the third class. 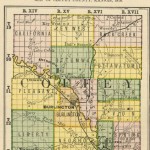 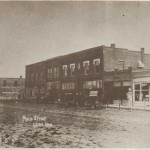 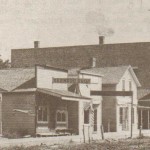 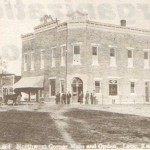 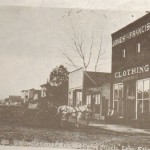 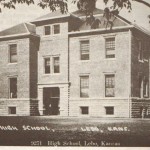 Where Did the Name Lebo Come From?

Interesting Facts about Lebo in the Past

Lebo was a hard working community even in the 1800’s. With the railroad being part of the reason why the town of Lebo was formed, many things have happened in Lebo in the past.

The Lebo Light was the first newspaper published in Lebo. The Lebo Enterprise was printed from the 1800’s to the 1970’s.

Other newspapers throughout the years include:

There has been a train depot in Lebo ever since the railroad was built through Lebo. The train depot was moved in the 1990s from its original location and it has since deteriorated. Here are some pictures below of what the trian depot used to look like. Click on the images to make them bigger. 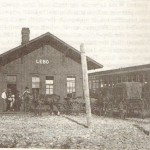 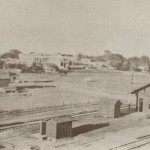 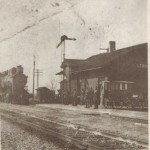 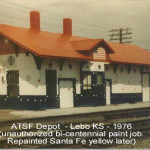 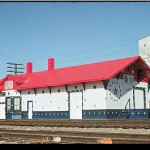 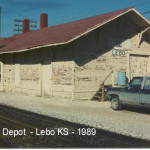 Lebo today is completely different from Lebo back in the 1800’s. The town was full of businesses and buildings. There are still several businesses in Lebo today, but there are not as many building

. Some of the buildings burned down, while others deteriorated over the years. There are still some buildings and houses around that were in Lebo in the 1800’s.