The Jones Youth Park on the north side of town offers two ball diamonds, tennis courts with lines pickleball (sets that include a net, 2 rackets and 2 balls are available to rent contact city hall), a basketball court, the Lebo Wolves home football field and a refreshment stand that is open during most athletic events. 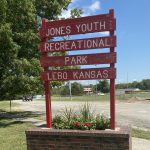 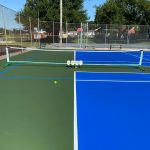 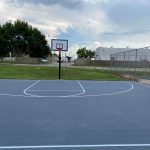 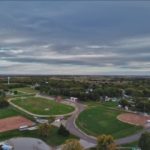 The Ye Olde City Park on the west end of town provides fishing for youngsters as well as an extra ball diamond, two sand volleyball pits and a large shelter house equipped for all your picnicking needs. Play equipment provides entertainment for the youngsters as well as a U.S. Army tank displayed as a memorial to all local veterans.

A Kids Pond is available for a city residents under the age of 16 or those over 65 to fish in year round free of charge with the exception from February 1 – April 30th during trout season. Trout are added to the pond as a fun bonus and allows ANYONE to fish with a legal permit. 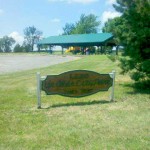 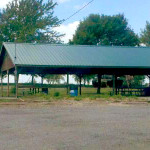 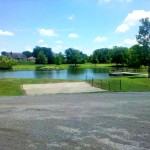 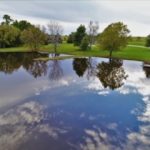 In 2001, a new shelter house was erected in the southern part of the city.  It was designed to accommodate family gatherings. Along with restroom facilities, it provides shelter from the seasons but yet opens to the outside to bring in the nice weather! The land was donated to the city by Caroline Busboom, who eventually married Bob Spatz the brother of Skinny. Therefore the park was honorably named after the local World War II hero from Lebo. “Skinny” was one of the pilots who flew in the Doolittle Raid and lost his life while imprisoned by the Japanese. 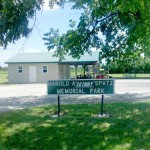 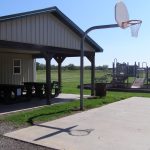 The City Pool is a great place to cool off in the summer months. The pool opens a little before school gets out and closes a month after school starts up in the fall. The pool also includes Aquacise classes. 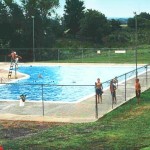